In April, the Legislature enacted legislation to address “surprise billing”—a phrase that refers to a medical bill that patients receive for care the patient thought was in their health plan network but wasn’t. The legislation was in response to a common problem consumers have encountered with their insurance benefits as hospitals and physicians have changed the way they provide services to patients and contract with the insurance carriers.

Some of the most common examples of when experience surprise billing include:

A medical bill from a hospital’s doctor is a different situation than a situation where a person selects an out-of-network doctor at a clinic. Treatment received at a hospital is received with different expectations placed on the patient to perform due diligence to establish eligibility for coverage.

(Patients can even be billed at higher rates by in-network physicians for non-urgent treatment received at an emergency room rather than a clinic, when the clinic is not open during normal business hours. An excellent article from Elisabeth Rosenthal of Kaiser Health News outlines the many questionable charging practices hospitals are using to increase their profits. [1])

For the past several months, the Washington State Insurance Commissioner has been developing rules to implement the new law which applies to doctors, hospitals and fully insured health plans beginning January 1, 2020. The law does not apply to Medicaid or self-funded plans although self-funded plans may voluntarily comply.

The law applies only to emergency services and non-emergency “surgical and ancillary services” provided at network hospitals and ambulatory surgical facilities. The law does not apply to situations where a person mistakenly chooses an out-of-network doctor believing the doctor to be in the plan’s network, or when a person chooses to see an out-of-network provider.

In situations covered under the law, health plans, doctors, and hospitals can only bill patients at the network price with co-pays, deductibles, and coinsurance calculated at the in-network rate. The law establishes a mechanism for plans, doctors, and hospitals to argue among themselves as to how much the plan should pay for the out-of-network care. The patient cannot be billed or required to pay the disputed amount, or dragged into the negotiation process.

The Insurance Commissioner is responsible for making sure health plans don’t approve and pass costs for the out-of-network care to enrollees, and the Department of Health is responsible for making sure that doctors and hospitals don’t “balance bill” patients, and obey the law. Here are the circumstances in which a patient cannot be billed at an out-of-network price or cost share:

Therefore, if a person makes an appointment at an in-network hospital for non-surgical services and the doctor is not in the network, the person will still be responsible for payment at the plan’s out-of-network cost sharing level including any amounts billed but not covered by the plan.

Under the law, if the health plan and the doctor or hospital cannot agree on a “commercially reasonable” payment amount, they must participate in an arbitration program established and maintained by the Insurance Commissioner. All contracts among health plans, doctors and hospitals must conform to these requirements, and the contracts must clearly reveal the network status and reimbursement rate of the contracted doctor and hospital.

Finally, doctors, hospitals and ambulatory surgical facilities must publish on their websites a list of the plan networks in which they participate and must post a notice of consumer rights under the new law. Health plans must update their online network directories within thirty days of the addition or termination of a doctor or facility from the network.

While this law provides long-overdue protections for patients who may already face significant in-network costs when they receive emergency care, there are some enrollees who won’t benefit from these protections.

Last-minute requirements for self-funded insurance plans to register for coverage under this law before the end of 2019 will leave many enrollees subject to surprise billing.

The issue of surprise billing needs to be addressed as part of a larger suite of issues involving questionable billing practices surrounding ER treatment, post-trauma therapy, medical equipment charges, and opportunistic billing which is aimed at insurers, but which is often denied by the health plan and placed in the lap of patients.

This issue illustrates that not all of the out-of-control costs related to health care are due to the for-profit insurance provider, but instead that much of the problem comes from the billing practices of for-profit hospitals. Even if insurance providers covered these out-of-network bills entirely, the higher costs would be passed to consumers in the form of higher premiums. This would be exacerbated by physicians using their uncontested out-of-network rates to negotiate for higher in-network payments.

A possible solution would be to require hospitals to sell their services as “bundled packages”, and not be allowed to sell the components of any treatment provided separately to the patient. The hospital would either be in- or out-of-network, and would hire doctors and specialists directly: the patient would never need to be concerned with the network status of any of the doctors treating them at an in-network hospital.

While this new legislation is a good start, the out-of-network billing problem is one that must be addressed on a more fundamental level to make urgent medical care less financially crushing for patients, and health insurance more affordable for everyone. 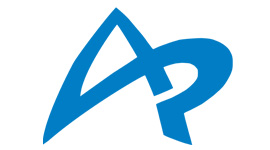